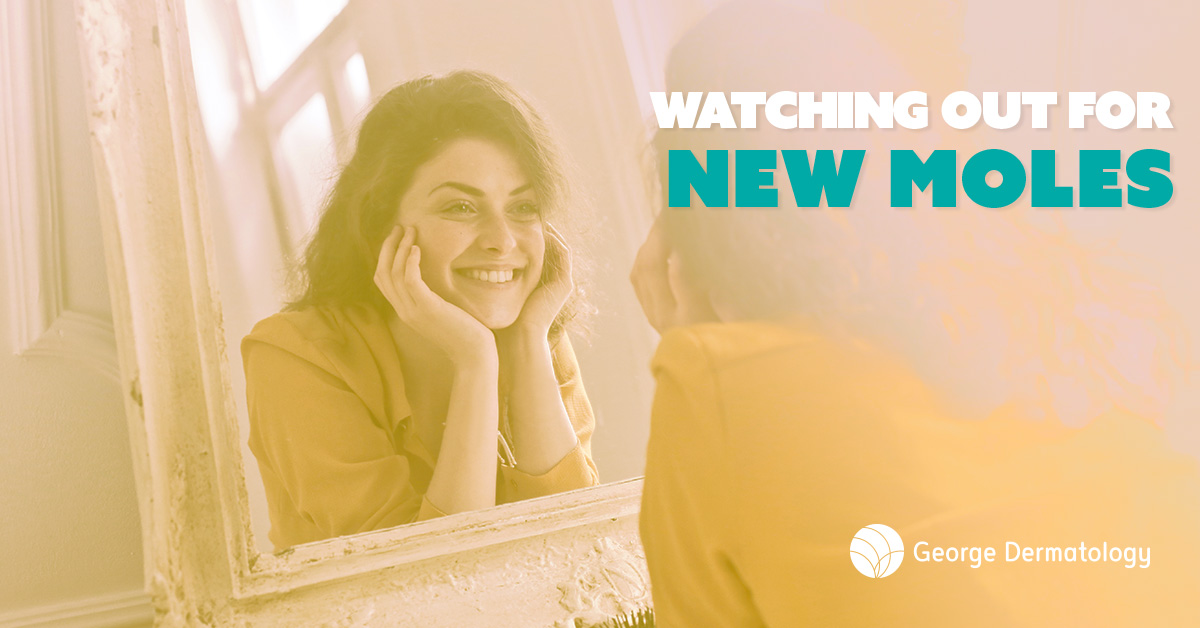 Be on the lookout for new moles! A study published in 2017, reviewed over 20,000 melanomas. Researchers found that just 29% of melanomas arose from an existing mole, while 71% appeared as new growths on what had previously been normal skin.

The researchers also found that melanomas arising from existing moles tended to be thinner and thus had a better prognosis. This study highlights why it is so important to do self-skin checks and familiarize yourself with all the moles on your skin.

Keep track of the moles you have and see Dr. Mary Noel George, a board certified dermatologist, immediately if you find a new mole or one of your existing moles changes.

Dr. Mary Noël George is a Board Certified Dermatologist practicing in St. Louis, MO. Dr. George has been practicing dermatology for over a decade, seeing patients from St. Louis and St. Charles County Missouri.

What Our Patients Are Saying

Dr Katherine M. Moritz is the bomb-diggity!!! She’s very professional, kind, and most of all caring for my concerns and needs. Today, I walked out of her office with my son in my arms in tears of joy. She removed a cyst on my eyelid that had been there for over a year now. In a matter of seconds, she painlessly had it removed. When I looked in the bathroom mirror, I ran back into her office thanking the staff and giving her my gratitude and thanks. I swear, I cried when I got into my car all over again. This place is a whole vibe, they are culturally competent, and she’s helping me live my wishes in my 40’s, that I had in high school. Dr. Moritz is like the fountain of youth, she’s reversing my aging and I feel more confident in myself than I did in my 20’s.

Contact our office at the number below to speak with a member of our team to schedule an appointment.